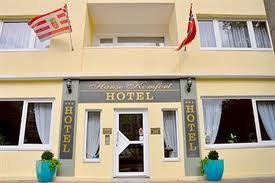 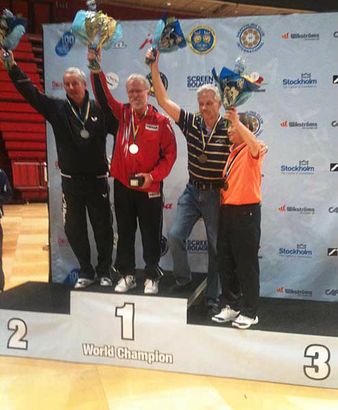 Record number of participants in Bremen!

The organizers of the European Veterans Championships in Bremen in May reached their first goal: They broke the participants’ record of the past editions of European Veterans Championships. The latest record was set at the 2011 EVC in Liberec, Czech Republic, with nearly 2,500 registered men and women over 40 years. From 27 May to 1 June there will be 2.834 players from 40 countries at the ÖVB Arena Bremen, from A to W, Azerbaijan to Wales.

As expected, the biggest number of players comes from Germany as the host nation, followed by Sweden (146) and Russia (134). From five countries “lone wolves” will participate: Azerbaijan (men, over 60), Israel (men, over 40), Portugal (men, over 60), Montenegro and Serbia (both men, over 65). The deadline for registration expired on Tuesday, selecting a doubles partner is still possible until 27 April. The lists of participants are now online: http://www.tt-em.com/en/Participants-Doubles/

“The infrastructure in Bremen is perfect: The ÖVB Arena enables us to host the complete sports part under one umbrella including recreation area, catering and farewell party. Most of the hotels are located within walking distance”, says Matthias VATHEUER, Secretary General of the German Table Tennis Association (DTTB). “Like the 2006 World Veterans Championships in Bremen also the EVC will entice many visitors to come to Bremen. The Free Hanseatic City is very attractive in terms of tourism too.”

Next to the 2006 World Veterans Championships, the international table tennis scene gathered for the World Team Championships in Bremen in the same year, as well as for the 2000 European Championships and so far five times for the German Open. “We are very pleased that the DTTB, our long-term and reliable partners, once again chose our venue for this big and outstanding tournament”, says Peter RENGEL, head of the ÖVB Arena. “Such events are a win-win situation for both, us and the DTTB.”